This guide explores the landmark case Jacobson v. Massachusetts, where the Supreme Court of the United States upheld the authority of states to enforce compulsory vaccination laws and programs.

The focus of this guide is predominantly on the applicability of the Jacobson standard in New York State regarding vaccination provisions for minors and school admissions. There is, moreover, investigation into pre- and post Jacobson case law within New York State, whose courts debate the issues of public welfare and safety in contrast with the constitutionally-granted right to personal liberty for all citizens and their children.

This guide will facilitate legal research on the issue of public safety vs. personal freedom regarding compulsory immunization laws for minors using:

The Purpose of Vaccinations

Infectious diseases have been a leading cause of death in the United States from the colonial era well into the 20th century. In the 19th century, mass movement from the countryside to overcrowded rural housing, coupled with inadequacies in water, sanitation and food storage served as a mainspring for extensive waves of infectious diseases. These conditions resulted in recurrent epidemics of typhoid, influenza, malaria and cholera, and caused nearly 10% of all deaths.

To eliminate the risk of disease outbreaks or simply to combat the continued rise of a possibly catastrophic epidemic, governments and other institutions established policies mandating vaccinations for all citizens. While, notably, the vaccinations themselves carried recognized risks and side effects, the practice became widespread at this time as a preventative health measure, with the weight of the law operating under the belief that it was for "the greater good".

Compulsory vaccinations, were introduced in some jurisdictions to ensure community or “herd immunity” for the welfare of the public at large. Notwithstanding the obvious benefits imparted by such draconian health measures, a number of issues were raised surrounding mandated vaccination policies, predominantly surrounding due process and equal protection rights guaranteed under the U.S. Constitution. 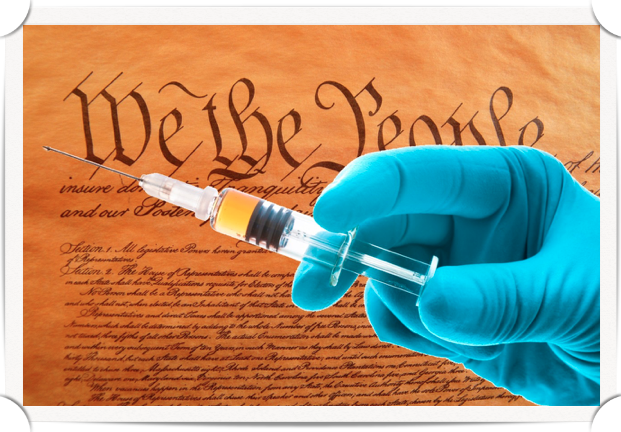