Vacco v. Quill, 521 U.S. 793 (1997), This was a landmark case which dealt with the principle of the Right to die of the patients. The New York state had issued a ban on the assistance of the physician to help their patients die in case of being terminally ill or in grave pain. The supreme court of the United States held that this ban was not an infringement of the person’s right to refuse treatment.

De-Moralized: Glucksberg in the Malaise (what is the enduring significance of the "assisted suicide" cases, Washington v. Glucksberg and Vacco v. Quill?)

Vacco v. Quill: The Right to Die and the U.S. Constitution

"Attempts to have the right to physician assisted suicide recognized using the Equal Protection clause have also failed in the Court. In Vacco v. Quill, New York physicians and terminally ill patients challenged the constitutionality of New York law that made physician assisted suicide illegal. The Court upheld the law under a rational basis test, stating that there was no such right and that the law rationally furthered state interests in preserving life, protecting the vulnerable, preventing suicide, and maintaining the role of physicians as healers." 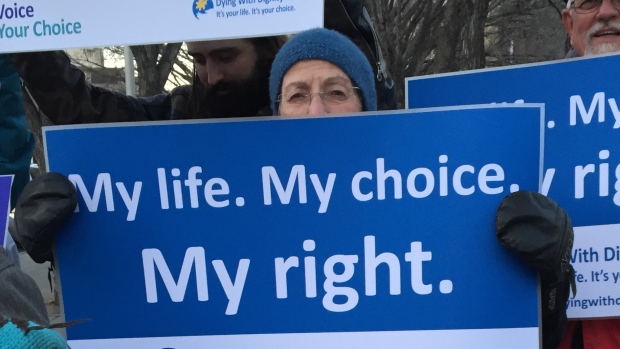