For the terminally ill and severely injured, the end of life comes with critical decisions that must be made by both the patient and their medical practitioners. In view of the ethical dilemmas that arise at this critical stage of human life, the law provides a standard framework that informs the legal and ethical decisions that need to be made. Like many other states, NYS is subject to federal laws as well as state laws that complement each other in establishing the right to refuse treatment. Case law precedents in NYS and the United States Supreme Court also form a basis for the legal framework governing this issue in NYS.

Notably, New York Public Health Law Chapt. 25, Article 28, § 2805-d enacted in 1975 defines the existing limitations of medical, dental, and pediatric malpractice action based on lack of informed consent. Further, New York Public Health Law Chapt. 45, Article 28, § 2805-c also enacted in 1975 asserts that every patient within a nursing home has a right to refuse medication and treatment following being informed and subsequently understanding the consequences that arise from such actions. These are a good example of specific laws in NYS that address the issue of informed consent and the right to refuse treatment. 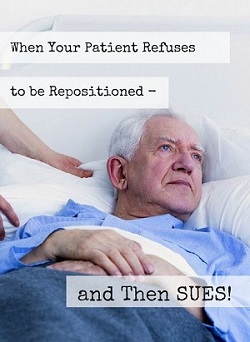 "On March 16, 2010, Governor Paterson signed into law the Family Health Care Decisions Act (FHCDA). The FHCDA establishes the authority of a patient’s family member or close friend to make medical treatment decisions for the patient in the event the patient lacks the capacity to make such decisions personally and did not previously make such decisions or appoint a health care agent. Key provisions of the FHCDA."﻿