Student Project: Appearance Policies as Sex Discrimination in the Workplace: Statutes and Regulations

What is sex stereotyping?

Sex stereotyping is a form of discrimination "because of sex" covered within Title VII.

For example, when an employer acts on the basis of a belief that a biological woman cannot be aggressive, or that she must not be, he has acted on the basis of gender stereotypes.

(1) Courts have found plaintiffs had suffered other harms such as a violation of equal opportunity, sexual harassment, or when employers did not satisfy the equal burdens test;

(2) Transgender plaintiffs are exceptional because they suffer a special harm understood through diagnostic category of gender dysphoria.

What is a valid Title VII claim? 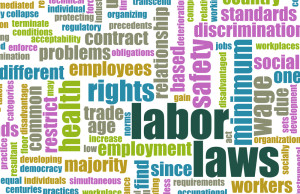 What is the difference between sex, gender, & sexuality (orientation)?