A guide to the legal issues of school prayer

This guide provides an introduction to the issue of prayer in public schools as it relates to American law using:

The Separation of Church and State

While the phrase "separation of church and state" does not appear in the U.S. Constitution, the concept has been supported by luminaries such as John Locke and Thomas Jefferson. Jefferson believed that the wall of separation between church and state was a necessary measure to prevent governments from forcing particular beliefs and practices on their subjects, and also to prevent religious bodies from overriding the will of democratic governments. This idea of a "wall of separation" between religious institutions and government has been used extensively in writings on the First Amendment.

This guide will address the topic of prayer conducted in public school systems, mostly in the context of constitutional law. The landmark decision in this area is the 1962 Supreme Court case of Engel v. Vitale, which held it was a violation of the First Amendment for state officials to develop a prayer and encourage schools to make its recitation part of the school day. 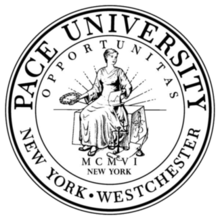