Factory farming is a major contributor to water and air pollution as well as deforestation.  Factory-farmed animals produce more than 1 million tons of manure every day.  The animal waste often contains undigested antibiotics which are given to the livestock to prevent the spread of disease in their confined living conditions.  This waste is usually stored in large open air lagoons which are essentially lakes full of animal waste.  These lagoons can leak and spill, often during times of flooding, and have actually spilled over into other water bodies, contaminating them and killing their fish populations.  The lagoons are often emptied using a spraying system in which the waste is applied to nearby fields.  This can contaminate local water supplies, reach neighboring populations physically and in a sensorial capacity, and emit harmful gasses.  Likewise, livestock release methane gas during their digestion process.  For this reason, factory farms serve as concentrated sources of methane gas emissions.  Land and rainforests are cleared to allow livestock to graze and be raised.  There is a need for land to be used for crops to feed the animals raised on factory farms, and a major draw on our water supply to grow these crops, provide the animals with drinking water, and clean the farms, slaughterhouses, and transport trucks. 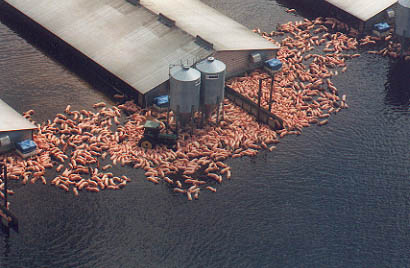 The Clean Water Act (CWA) is a federal statute that allows for the regulation of factory farm emissions due to its categorization of Concentrated Animal Feeding Operations (CAFOs) as point sources.  While the CWA has evolved over time, the EPA has yet to conduct the proper research regarding factory farm runoff or implement any form of regulations, citations, or fines for violations.  A number of animal welfare and environmental organizations, including The Humane Society of the United States (HSUS), filed a lawsuit to address this oversight.

The Clean Air Act (CAA) is a federal statute that has undergone revisions and amendments, but still does not list factory farms as a categorical source of pollution.  Factory farms emit noxious air pollutants such as ammonia, hydrogen sulfide, and methane.  These emissions negatively impact human health, animal health, and the environment as a whole.  For this reason, The Humane Society of the United States (HSUS), along with other concerned groups, brought a lawsuit against the EPA to have factory farms included as a pollution source category capable of regulation under the CAA.

Cowspiracy, a documentary film, addresses the impacts of factory farming on the environment. 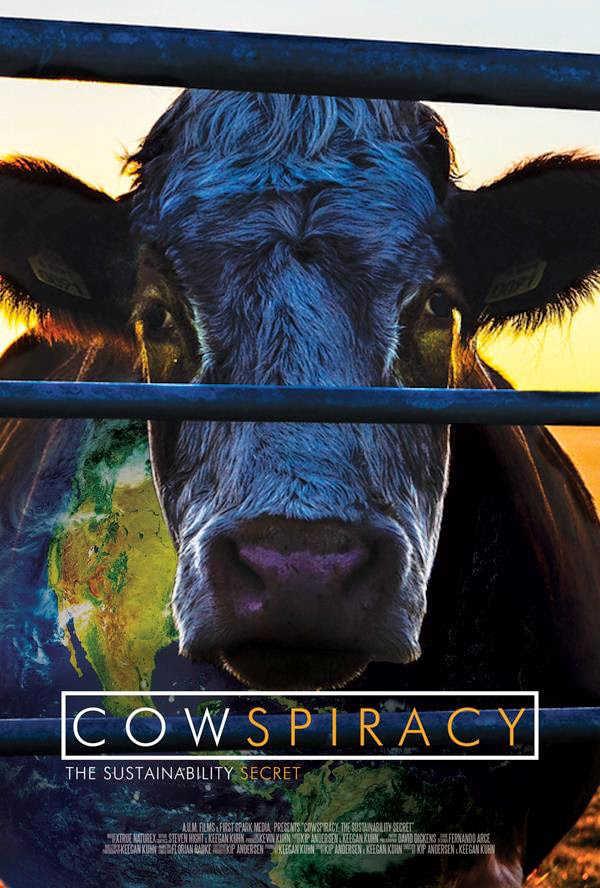