The Louisiana Department of Natural Resources is responsible for overseeing the use of fracking in the state. 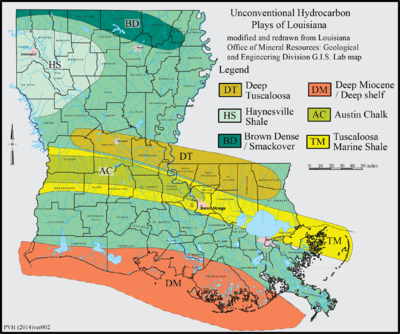