New York currently has a moratorium on high volume hydraulic fracturing (HVHF). Governor Andrew Cuomo announced the ban back in December 2014 following a Department of Health Report on the dangers involved in HVHF. You can see FracTracker for the latest information on fracking in New York State.

Copies of opinions as well as analysis of cases relating to fracking bans in New York.

The New York State Department of Environmental Conservation is the state agency who is responsible for overseeing all oil, gas, and solution salt mining in the state.  Hydraulic fracturing wells fall within the agency's purview. 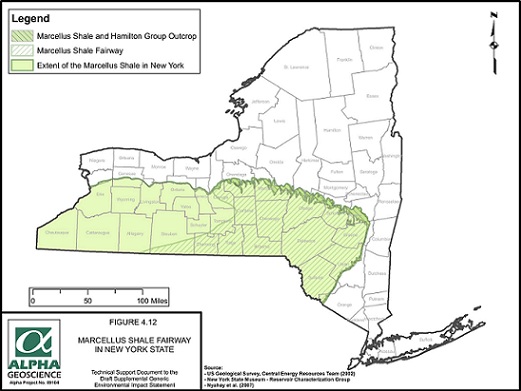