About This Research Guide

The focus of this guide is predominantly on the limited applicability of the ATS as well as the jurisdictional parameters imposed by case law. 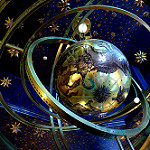 Generally speaking, the ATS serves as a statutory instrument for attaining universal jurisdiction over violations of international law. 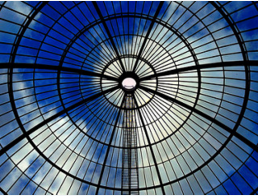 This guide will facilitate legal research on the Alien Tort Statute using:

This guide explores the Alien Tort Statute ("ATS," also known as the Alien Tort Claims Act), which grants jurisdiction to federal district courts "of any civil action by an alien for a tort only, committed in violation of the law of nations or of a treaty of the United States."  28 U.S.C. §1350 (2012).

An ATS Reawakening: Brief Overview of Recent Cases and Their Impact

Filartiga v. Pena-Irala  (630 F.2d 876 (2d Cir. 1980)) breathed new life into the previously greatly revered but seldom used Alien Torts Statute. The Filartigas invoked this statute to attain jurisdiction in their human rights litigation. The plaintiffs argued that torture under the color of law violates international law and therefore they were entitled to relief. The Second Circuit agreed with the plaintiffs and granted them $10.4 million, thereby establishing a precedent for federal litigation based on alleged violations of international law. Similar cases have been brought in states under ordinary common law, and in some cases, concurrently with federal ATS claims. Plaintiffs soon began filing claims in federal courts against corporations, accusing them of aiding and abetting human rights violations by governments of countries where they do business.

In its 2004 decision in Sosa v. Alvarez-Machain, 542 U.S. 692, 725 (2004), the Supreme Court tried to limit the causes of action under the ATS to those envisioned in 1789 and urged lower courts to take a "restrained conception of the discretion a federal court should exercise in considering such a new cause of action." The Court also affirmed that federal district courts have sole jurisdiction over ATS cases but did not reach the issue of corporate liability or aiding and abetting, which is the allegation in virtually all ATS cases. The Supreme Court warned lower courts to take into account the impact on U.S. foreign policy and set guidelines for whether a tort constitutes a cause of action: universality, obligatory nature and specificity. Since Sosa, lower federal courts have recognized a number of ATS claims: torture; extrajudicial killing; racial discrimination; genocide; war crimes; and slavery, including forced labor. On April 17, 2013, the U.S. Supreme Court handed down a highly consequential ruling in Kiobel v. Royal Dutch Petroleum, 133 S. Ct. 1659, 1660 (2013), a lawsuit brought by Nigerian nationals under the ATS. The Court ruled that the ATS does not have extraterritorial application. At the same time, the Court left the door open to a narrow category of claims that plaintiffs can make.